Tim Clarkson Trio
​
“The stars seem to have aligned themselves… His playing achieves an aim of “stillness” in the air that is certainly evident.”
4/5 stars – Peter Wockner, Jazz and Beyond

The Tim Clarkson Trio is an intimate band with bite to their playing. They bring together elements of music often at odds with each other: their compositions can be rhythmically and melodically intricate, but in spite of this a sense of groove, melodicism and quirky playfulness permeates the band. With a sense of space and occasion, it is music that gets both the head and the heart, not one at expense of the other. 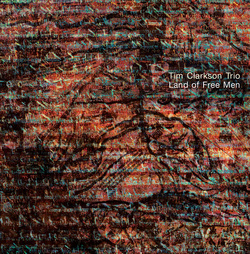 Now in their 7th year, the Tim Clarkson Trio sounds like no-one else. A unique blend and balanced counterpoint between bass, drums and saxophone, intriguing compositions and rippling rhythmic flow. The evolution of this group has tracked the development of three very individual voices through their trajectory performing internationally into a tight-knit and virtuosic team with a unique place in Australian jazz.

"Land of Free Men" on Dangerous Music Records is the brilliant follow up to their 2010 release, "CRAB". One of the signature Australian Jazz releases of 2013.

“Genius can often be misunderstood…. Listen to Land of Free Men a few times, particularly Freelance Libertarian and Bow Rider, to hear some pearls of instrumental wisdom.” 4/5 stars

“So Alex Boneham’s bass and Cameron Reid’s drums are very much equal voices with Clarkson’s tenor saxophone, which often twists itself into the knotty rhythms rather than flying above them; rhythms made even more sinewy by Boneham’s singular vigour”.    3.5/5 stars – John Shand, Sydney Morning Herald

"Evolution of Beauty" - Purchase here with PayPal, or on CDBaby and streaming on Spotify. 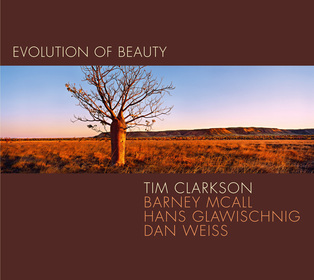 You can hear each tune evolve and unfold as they explore and capture the essence of the compositions and forge new paths through the music. The result is fresh, vibrant and at times delicate with a focused energy from start to finish. An amazing combination of loose and tight all at the same time.

The beautiful photographs of acclaimed Australian Photographer Adam Monk highlight the stark beauty of the Australian landscape that inspired Tim’s compositions on this truly international album.

﻿“The stars seem to have aligned themselves… His playing achieves an aim of “stillness” in the air that is certainly evident.” 4/5 stars    – Peter Wockner, Jazz and Beyond﻿


"Clarkson’s playing is full of warmth and humour but there is an edge there that hints at darker, more primal musical issues being explored." - SIMA

“Barney is a special piano player with that certain heart and touch. He’s a genuine musician, not just a skilled artist.” - BILLY HARPER
Out now on Dangerous Music Records